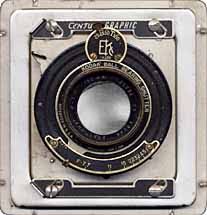 This post deserves far more consideration than I’m about to put into it… but what the heck, as will become clear that’s kinda the point :o)

Reading Hugh this morning quoting himself saying “The fact is, ad agencies hate blogs. They utterly despise them, even if they tell you otherwise. They hate them because if done well, they’re cheap and they’re easy” [note to self, quote oneself more :o] got me thinking about how I was explaining the impact of blogs a bit back in terms of Lawrence Lessig’s thoughts on the impact Eastman’s Kodak camera in 1888:

“We furnish any-body, man, woman or child, who has sufficient intelligence to point a box straight and press a button, with an instrument which altogether removes from the practice of photography the necessity for exceptional facilities or, in fact, any special knowledge of the art.”

OK, it’s far from new to talk about the mass amateurisation of publishing or, indeed, of nearly everything but I don’t think it hurts to revisit exactly what it is that makes weblogs special, once in a while, and for me the Kodak experience is the ideal metaphor.

What Kodak cameras didn’t do was get rid of professional photography… they probably caused a fairly significant decline in the employment of professionals but at the same time the explosion of interest in photography that arguably came from this innovation more than compensated.

But what it did do was empower millions to create a new genre that has shaped our perceptions, environment and culture as significantly, perhaps, as any technology.

And it’s this empowerment and darn-simple-ease-of-use which is what’s so scary for established systems and organisations. It’s scary for advertisers because it’s far from hard to do it well and right, it’s scary for rubbish publications because all of a sudden there are alternatives that don’t rely on a near monopoly of publication for success and it’s scary as hell for traditional power-communication structures because the avenues of mass communication (especially in the academic world) have been carefully guarded at the top (especially internally) and that’s about to change now we all have our own church door!

It’s also scary for the education technology providers because all of a sudden lil’ old me can whack together online learning environments without much trouble at all, because weblogs and weblog-esque CMSs (like Drupal) are starting to iron out the inefficiencies which they make their money from and because we’re building and developing what we want… rather than what you’ll give us.